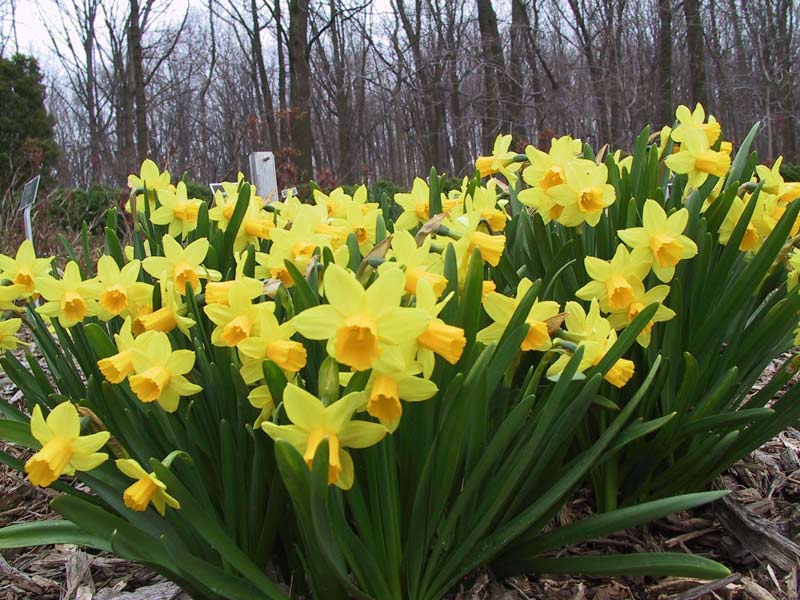 Now is the time to pick up some free bulbs at Village Hall. Plant them this fall for springtime beauty!

Long Grove has a long-standing tradition with the daffodil, and if you’ve lived in the Village for more than a year you’ve seen them. Every spring, the roadsides are lined with thousands of yellow blooms signaling the end of the winter season and bringing the promise of warmer days ahead. Each year the Village of Long Grove offers free daffodil bulbs to our residents for planting in the public right-of-way. And I’m happy to announce that the bulbs have now arrived! They can be picked up now while the supply lasts, Monday through Friday from 8:30 a.m. to 4:30 p.m. For a little background on this tradition, we reached out to Long Grove Park District Volunteers Jane and Ken Wittig to do some research and I would like to thank them for providing the following history:

Where and when did the Long Grove daffodil tradition start? It has been going on for a long time–this year will mark what may be the 45th anniversary of the daffodil planting practice. No one knows exactly how many bulbs have been provided by the Village over the years. The Village Board allocates a fixed dollar amount to the project annually, and buys as many bulbs as possible with the budgeted funds. Last fall we provided 4,200 bulbs for residents to plant. If that number was consistent over 45 years, about 190,000 daffodils would have been available to beautify Long Grove.

The daffodil idea came from a group of civic minded women who were the founders of the Long Grove-Kildeer Garden Club in the early 1970’s. The moving force at the front of the idea was Betty Coffin, whose husband, long time Village President and Trustee Robert Parker Coffin, convinced the Village to agree. The project launched as a community effort, with volunteers from the Garden Club, Park District, and Scout troops planting the bulbs. Among the enthusiastic participants were Timmie and John Clemetsen, Lee Bassett, and Barbara Turner. Funding came from the Village and from builders who donated bulbs for planting along the right of way in areas where they were developing homes. The idea was popular, has continued through economic ups and downs, and is still going strong today. We now depend on individual homeowners to carry on the tradition.

Stop by Village Hall now and pick up your bulbs for planting this fall. You will be thankful (and so will your neighbors) this coming April!