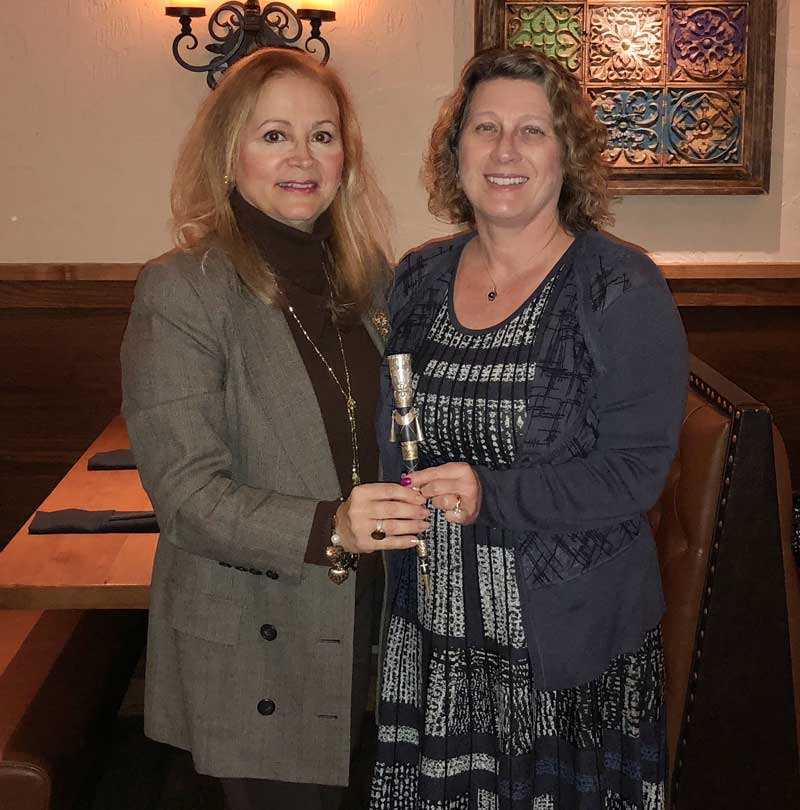 While I was serving as Village President of Long Grove a friend humorously told me, “What you really need, Angie, is a magic wand.” Whichever issue of the moment I was expected to fix (the roads, the budget, the downtown, the bridge, the Rt. 53 extension, the flooding, the rogue trustee, the dead deer on the side of the road, etc…) could be so much more easily resolved if I only had the ability to flick my wrist, point my staff and make it so. Of course the reality is that the key to solving most problems in government involves a mixture of time, money, collaboration, compromise, and a process that must be followed. It does sometimes take a bit of magic to make this happen.

But to my surprise, I have discovered through my travels that there is at least one place in this world where the mayor of a village IS given a special stick. Peru, to be exact. While spending a few days in the town of Cusco, acclimating to the altitude before starting a trek to Macchu Pichu, my husband and I toured several historical sites and art galleries and I learned of the custom of the mayor stick. In ancient culture, the small mountain villages in the region surrounding Cusco depended on one another for trade and economic survival, as well as support in times of hardship. The Alcalde (mayor) of each village had a custom Palito (stick) which was handmade from chonta wood, a type of palm. These sticks were often traded or given to the mayors of neighboring villages during an annual celebration to encourage goodwill and prosperity. I absolutely loved this idea, and our tour guide was kind enough to find a store for me that sold these traditional mayor sticks.

Recently, I was able to gift a Peruvian palito to my friend and former colleague Nandia Black, who is serving as the mayor of our neighboring Village of Kildeer. Our towns have collaborated and supported each other in the past and we hope this continues for many more years to come. The exchange of mayor sticks took place over Mexican cuisine at the new Uncle Julio’s in Kildeer, and not on a mountain top in the Andes, but the sentiment of peacefulness and kindness remains the same. Maybe it’s not really a magic wand, but I’d like to think so.