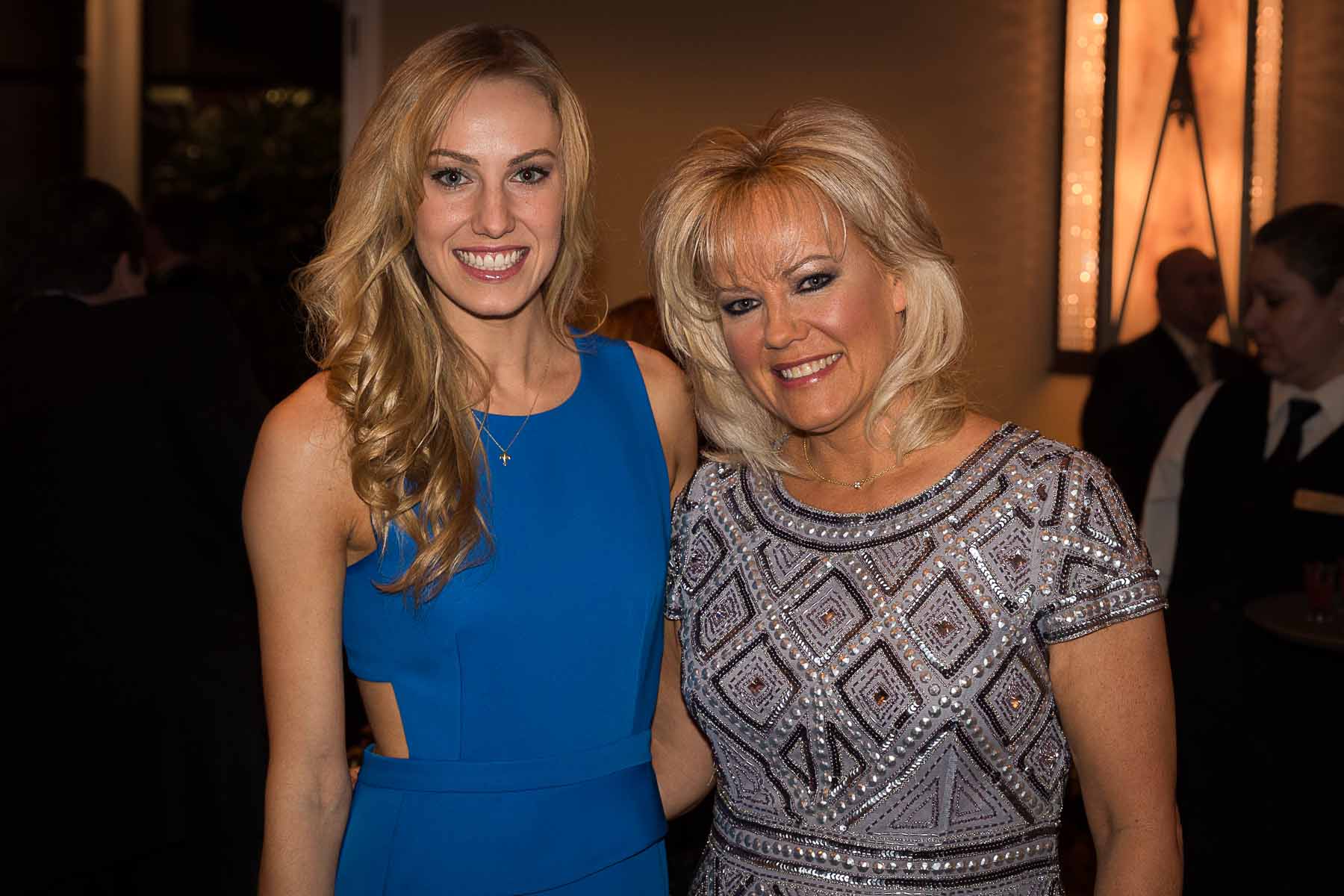 Brittney and Barb Gescheidle, owners of Smokin’ T’s BBQ and nominees for Business of the Year.

The Lake Zurich Area Chamber of Commerce recently held their annual dinner and awards gala, an “Evening of Excellence.” Last year I attended this event for the first time, and made a promise to myself that I would nominate some Long Grove residents for awards in 2015. Smokin’ T’s is a favorite local restaurant not only for the BBQ, but because of the service they do to our local veterans in providing free meals for needy families at Thanksgiving and Christmas. So this was an obvious choice for my nominee as “Business of the Year.” I was also motivated to nominate one of our recently retired Village Trustees, Joseph Barry, for his three decades of service to Long Grove in many different volunteer capacities. And I am happy to announce that Joe was presented with the “Citizen of the Year” award! As luck would have it, Joe was in Hawaii last week so I had the honor of going on stage and accepting the award for him, and we will have a repeat awards presentation with Lake Zurich Chamber officials at our next Village Board meeting on February 9th. And even though Joe was having a much better time in paradise, our Long Grove table whooped it up for him in celebration of his big win. The event was attended by many local business owners, community volunteers, and government officials on the national, state, and local level. It certainly was an excellent evening of fellowship, great food, dancing, and recognition of some of the best individuals our community has to offer.

I am happy to share some good news to start your weekend off! Recently, a lease was signed and the former Apple House property will soon be back in business in Long Grove. Members of the Forsythe family (owners of the buildings surrounding Fountain Square) have been working diligently to bring a great tenant to this business, and preliminary plans are set for a May of 2016 opening. Today the Village received an application for a business license from Bell’s Apple Orchard and Bakery, to be located in the building that was once the beloved home of apple cider donuts and brown bag apple pies. I spoke recently with John Bell, the new tenant and proud member of the Bell family who owned and operated Bell’s Apple Orchard for generations in neighboring Lake Zurich. He is very pleased to be bringing the legacy of the family business to our historic downtown, and looking forward to offering apples and apple inspired bakery items to residents and visitors alike. Chocolate Fest is slated for the weekend of May 20-22, and the new business hopes to be up and running by then to take part in the festivities. Speaking for myself, I can’t wait to cut the ribbon and welcome the Bell family to Long Grove. I know that I’m not alone in my wish for this to be a real turning point in a year full of revitalization in our downtown.

Before I was Village President, I spent much of my time volunteering at our local schools. When I was PTO President at Country Meadows Elementary, it was like having a part-time job. And I used to volunteer weekly at the nurses office at Stevenson High School in addition to many other PPA jobs, so it was a familiar spot for the nine years I had children in attendance. But I have not had a reason to be a mom volunteer in the past four years until today, and it was so great to be back! This Friday I helped the Stevenson Prevention Team as part of the Stand Strong Coalition to assist with a special event party. A new App has been developed for the students to download, and it highlights positive messages to encourage our teens to avoid underage drinking and drug use. A large part of this message is about adolescent brain development, and how much more damaging substance abuse is to our “gray matter” at this particular stage in life–hence the catchy slogan on our T-shirts. All students who downloaded the App on their phone were invited to a special party today during the lunch periods featuring free desserts, D.J. dance music, raffles, and a grand prize giveaway. We were hoping to get 900 students to attend and the final count was closer to 1500! I had a great time being back at Stevenson, volunteering with my fellow moms and topping hundreds of ice cream sundaes with whipped cream. And if I helped encourage even one of those students to avoid drugs and alcohol at this stage in life, it was time well spent.

(L to R) Nandia Black, Village President of Kildeer, Me, and Mimi Black of Kildeer.

One of the enjoyable parts of this job is having the opportunity to get to know some of the other Mayors in the Chicago suburban area, like my neighbor Nandia, pictured above. The Metropolitan Mayors Caucus provides a forum through which the 273 chief elected municipal officials of Chicago and the collar counties meet quarterly. We work together as local governments to develop consensus and act on common public policy issues and multi-jurisdictional challenges. This past weekend was the annual Gala event, held this year at the Shedd Aquarium. I had not been to the Shedd since chaperoning a field trip when my kids were in grade school, almost 20 years ago! The One World Aquatic Show was great, but even more interesting was mingling with my peers and meeting new faces. Chicago Mayor Rahm Emmanuel and Governor Bruce Rauner were also in attendance. My dinner table companions were from Suburban Cook County and DuPage County. What did they want to talk about? The Route 53 extension was top of their minds when learning I hailed from Long Grove. The evening was festive and the conversation was polite, and boy, did I get an earful! 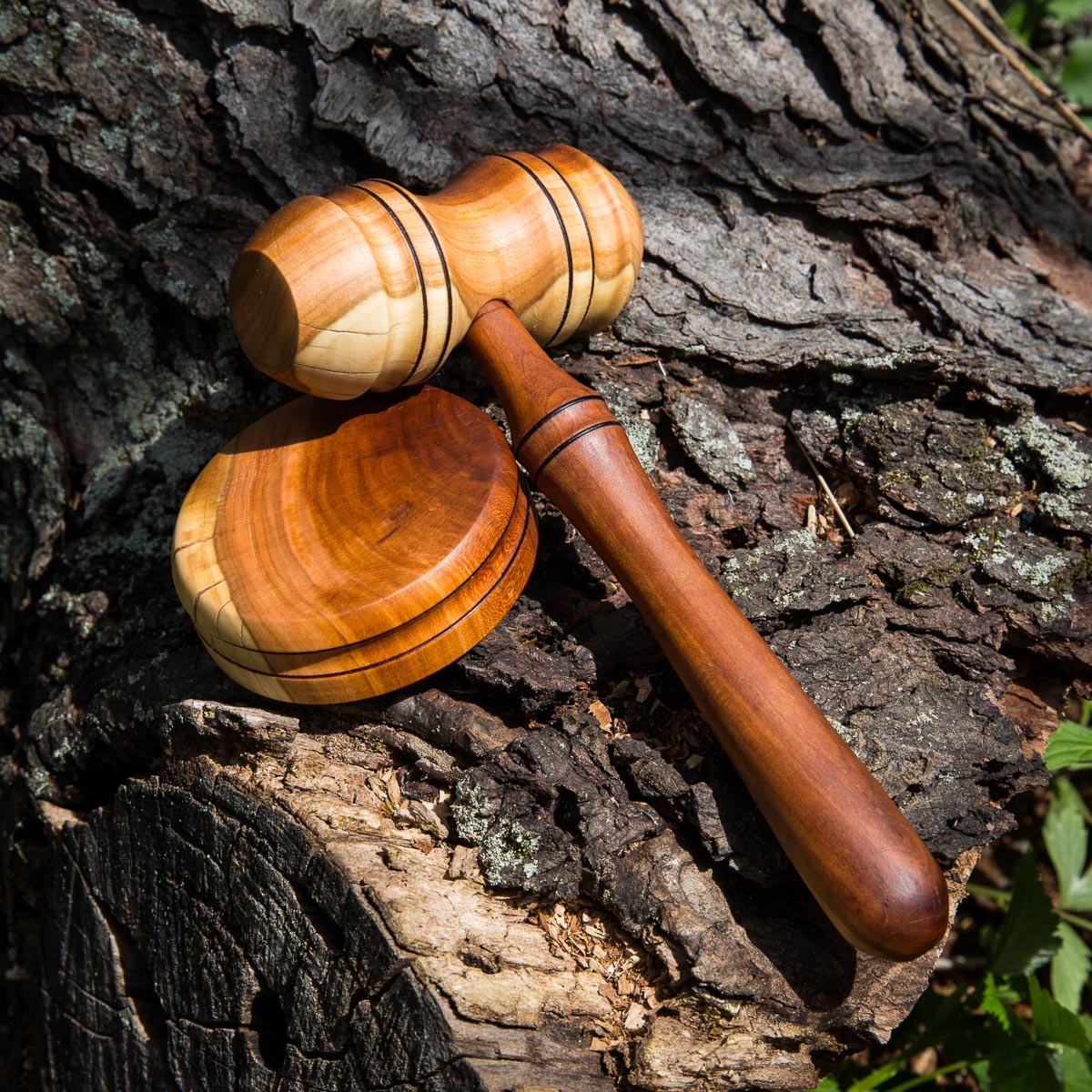 At our Village Board meeting last night I broke the most recent tie vote, this one involving the creation of a new type of liquor license. This got me to wondering, just how many ties have I been asked to break during my two and a half year tenure so far as Village President? So I did the research and the answer comes out to a whopping 14 times. According to my informal survey of other area Mayors and Village Managers, this is highly unusual. The other Village Presidents that I have talked to can count on one hand the number of ties that they have had to break, and this is sometimes after having served consecutive four year terms. Normally, the Village President does not have a vote and matters are decided by the Trustees. During my two years serving as a Trustee, I don’t remember the Village President ever breaking a tie. So why have I had to weigh in so many times these past couple of years to cast the deciding vote? What is causing all of this indecisiveness among the Board members?

Here is my theory: the Village Board has been dealing with a number of contentious issues one after another, and public opinion has often been divided. The residents cannot all agree and thus the Trustees can’t either. Do we evolve with our changing times or keep things the way they have traditionally been? How do we revitalize our downtown with limited municipal funds to assist the private property owners? Should we allow greater density in select areas to support existing and future commercial development? And can we continue to survive without a municipal property tax? Should we vigorously oppose the Rt. 53 extension or keep the door open to negotiate with the County and State for the best possible outcome? Six of the ties have been on votes concerning video gaming, and three related to the funding of public vs. private roads.

Of course, when you cast the deciding vote, many view that decision as the one that tips the scale, and some like to assign personal responsibility for that. But in reality, my vote is just one out of seven cast, and it doesn’t matter whether your vote is the first or the last, the majority is what makes the decision in a democracy. When public opinion is split on an issue and the Trustee votes reflect that, no matter where the Board comes out on a decision there is going to be a set of residents unhappy with it. And this has happened 14 times in my short tenure so far. Breaking ties is not something that I enjoy but I accept the responsibility as part of my job.

And what is resulting from all this tie-breaking? Well, in my case it certainly isn’t the way to gain popularity and influence votes! But more importantly, it weakens faith and trust in the entire elected body when there aren’t easy answers to complex problems and differing opinions are not tolerated. And it doesn’t help when those who firmly believe they do have all the answers refuse to respect others they don’t agree with. Aren’t we seeing this dynamic currently playing out in our State and National politics?

I do believe that there is something to be learned through all of this, and that the answer lies in our choice to compromise and collaborate. No one person knows it all and it is possible to accept the validity of a different point of view. Democracy is based on the willingness to assume well about other people; that basically our fellow citizens want to do the right thing. According to David Brooks, “faith in politics is the process of making decisions amid diverse opinions.”

I am by nature a trusting person and I do have faith that the right answers will eventually become apparent in most situations. Maybe more apparent to some than others, depending on your point of view! But as the Village Board continues to work through the challenges of the present day, we will likely continue to debate and make decisions that sometimes end up without a clear definitive answer. And it will continue to be my privilege to serve Long Grove by casting a tie-breaking vote, when I am needed.

Last week the Daily Herald asked all the Lake County Mayors to answer this question, “What are you most looking forward to your suburb accomplishing/doing/changing in 2016?” Here is how I answered:

In 2016, I am most looking forward to accomplishing an update to our Village’s Comprehensive Plan, which has not been done since 2000. This process will take the better part of the year and will engage the community in a series of open houses and stakeholder sessions to gather residents opinions on how Long Grove should best plan for the years ahead.  We will be reviewing residential zoning, commercial and economic development opportunities, and the potential changes that controversial issues such as multi-family housing, covered bridge replacement, and the Route 53 extension may bring to our community. We have taken the first step in this process by conducting a Village-wide survey this past summer, and have hired a consulting firm to guide us through this major update.

This and so much more is ahead for Long Grove in the new year–stay tuned to this blog for regular updates!