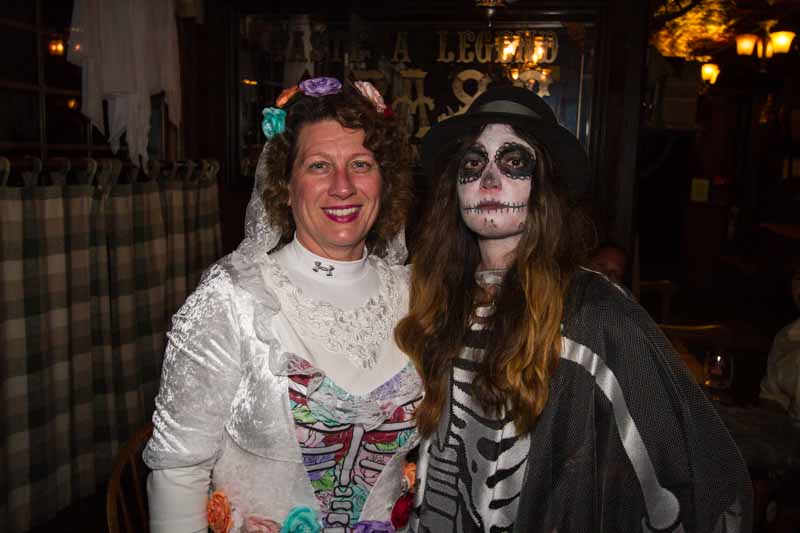 Getting ready to haunt the downtown with merchant Meghan Mariani.

It’s the season for all things creepy and spooky. Last night the Long Grove Historical Society joined forces with approx. 50 other merchants, community groups, and resident volunteers to create the 3rd Annual Ghost Walk, and it was a supernatural success! Our historic downtown was overtaken by dancing zombies, living scarecrows, ghosts, ghouls, and several former members of our community who materialized for one night to tell the living their haunted stories of times past. Over 250 members of Long Grove and the surrounding area were scared silly and speaking as one of the ones doing the terrorizing, it was great fun. One cute little three-year-old declared his bravery at the beginning of my first tour of the night, only to grab hold of my hand as soon as we encountered spooky storyteller Tobin Fraley, who told us of the gruesome demise of “Gus” the mechanic. We heard about the flagpole on Towner Green used by real-life gangster Terry Drugan, and “crazy Jake Eisler” appeared once again this year from beyond the grave to menace us with his stick of dynamite. As we made our way to the Long Grove Church’s 1800’s cemetery, the Gravedigger and his “client” warned us of the perils ahead. Across the covered bridge to safety, we made a detour through the haunted trail along the creek, featuring over 50 carved pumpkins and a few demons, zombies, and hockey masked characters brandishing chainsaws. A trip past the spooks at the haunted Historical Society farmhouse, and it was back to the comfort of toasting marshmallows over the fire pit. We even had a “Stay Puft Marshmallow Man” join us–don’t worry, he did keep a safe distance from the flames! My three-year-old victim had a great time (as did so many families who participated) and he did admit that he was “a little bit scared” but could he do it again? Happy Halloween! 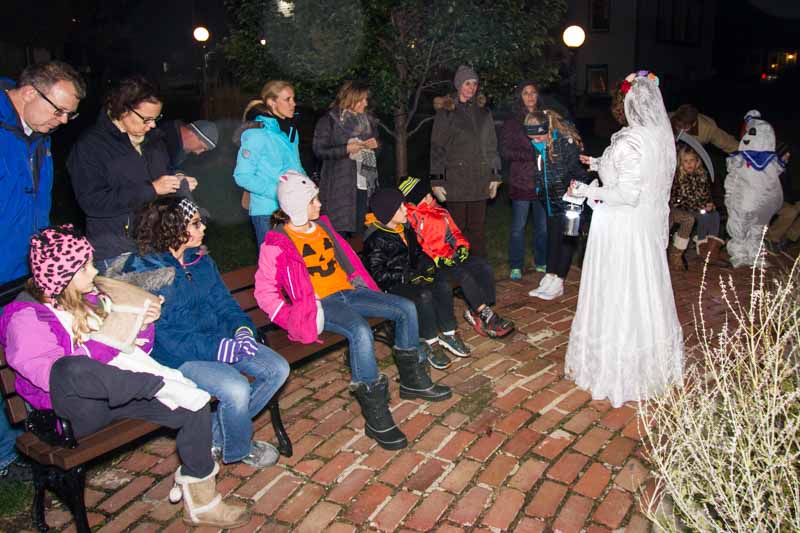 Starting another tour with willing “victims”