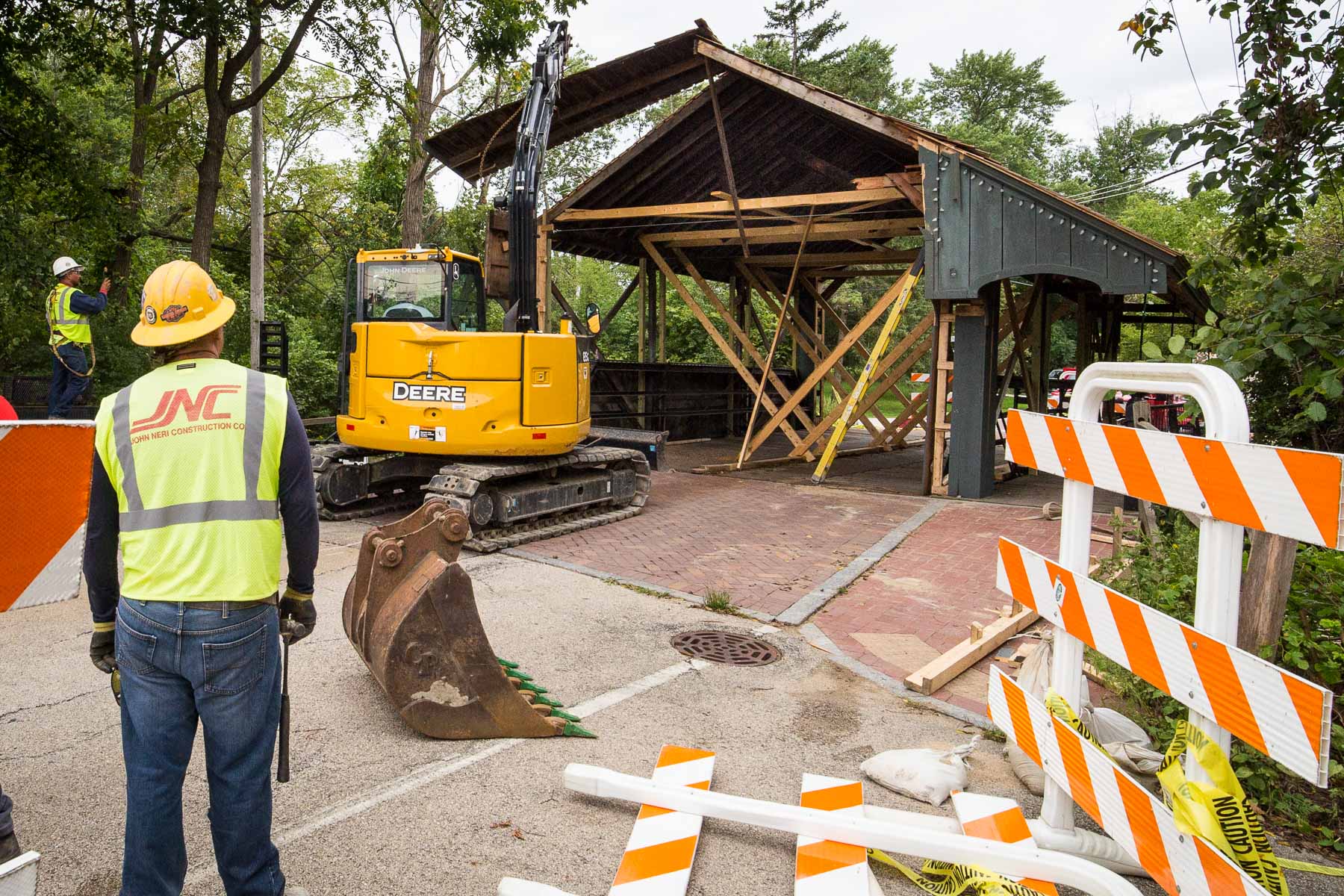 The demolition crew started bright and early this morning on removal of the damaged wooden canopy over the Long Grove bridge.

It was a bittersweet moment today watching the remains of the covered bridge being dismantled. Feeling sad as I gathered early this morning with members of the Historical Society, Arts & Music Council, and downtown merchants, it was a comfort to see the care being taken by the demolition crew to salvage as much of the original boards as possible. Village staff has arranged for storage of the old wood and the local non-profits are hopeful that they will be allowed to re-purpose it to benefit our Village and commemorate the bridge’s historical significance.

The demolition is expected to be completed this coming Monday, September 10th. Temporary clearance bars are planned to be installed on both sides of the bridge in addition to jersey barriers. This is to keep overweight and over-height vehicles and trucks from using the bridge and causing damage to the historic metal supports and foundations. Once these measures are in place IDOT engineers will inspect the bridge and if all goes well it could be opened to vehicular and pedestrian traffic as early as next week. In the months ahead the Village Board will be considering bids for the reconstruction of the wooden covering, which is likely to occur in the spring of 2019.

To those of us that worked so hard towards getting the bridge on the National Register, it was certainly melancholy to witness our icon coming down. But when I stopped back late this afternoon to check on the progress, I began to notice something more: 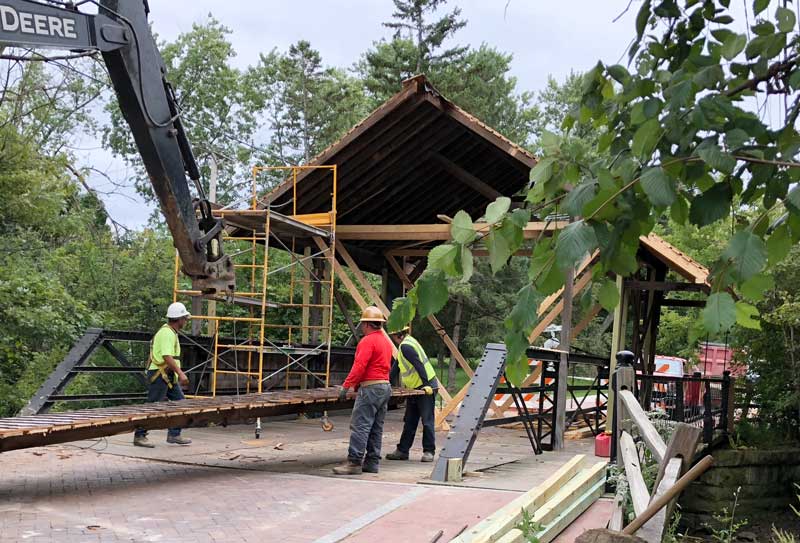 With the bridge covering two-thirds removed, the historic iron truss and walkway begin to emerge and become more visible.

With the covering gone on the majority of the bridge, the original 1906 Pratt Pony truss and walkway is now fully visible and no longer partially hidden by the wooden “hat” it was given in 1972. The historical elements that qualified our bridge for federal recognition are now on glorious display. As I snapped a few additional photos I chatted with shop owners, Montessori school moms, neighbors, friends, and the Village Engineer who all joined in with me to admire the beautiful ironwork from a century past. The real treasure of our covered bridge is still intact. The wooden covering will be rebuilt in a matter of months. The demolition this morning is really just the first step towards another century in the life of our iconic covered bridge, with a special inner beauty shining most vividly today.