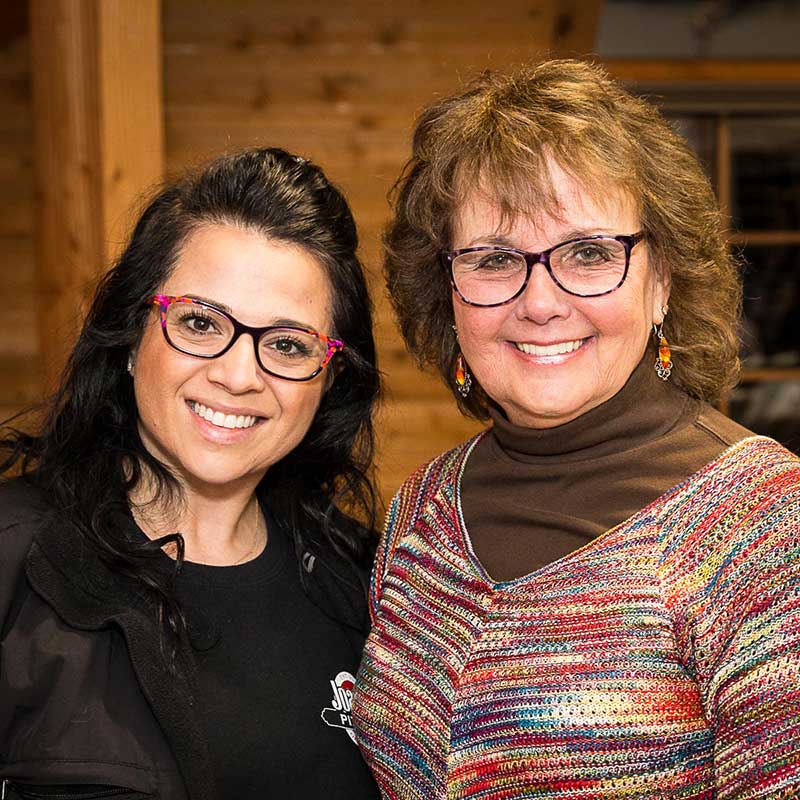 Guest blogger Aaron Underwood returns with the following story which originally ran in the December 2017 issue of Long Grove Living:

Once upon a time, Kaldi, an Ethiopian goat herder, noticed his goats dancing with unusual fervor after eating the red fruit of the coffee shrub. He tried some beans himself, and he too, had more pep in his step. He shared the discovery with some local monks and they tried boiling the bean and drinking the result, and then noticed they were unable to sleep that night. Coffee and humans have been intertwined ever since.

America got its first commercial coffee roaster in 1793. Beans were hard to come by and expensive, so coffee was really only something for the wealthy elite. The advent of steamships improved the supply and quality and brought the price down to something most people could afford. After World War II, production in Central America boomed, and by the 1950’s, coffee was an everyday staple in homes throughout the country. Maybe you’re like me and remember coffee coming in those big red tins with name brands like Hills Brothers. While this was, no doubt, an efficient way of getting coffee consumed by the masses, it wasn’t the tastiest end product. By the late 1970’s, a space in the market was opening up for specialty and gourmet offerings.

In our neck of the woods, there was a young enterprising mom from a gritty Chicago neighborhood, busy with her successful beauty parlor, but chasing her dream of a custom home. She had acquired a lot in Long Grove, and as her savings accumulated, the idea of opening a second business in the quaint little town of Long Grove became a passion. Back then, there were no available store fronts, and if you wanted a store, you had to grab one the moment someone decided to close up shop. The first one to come available for our young mom was the Coffee Bean. It was located across from Red Oaks in what had been a garage. The little shop sold antiques and coffee beans. The antiques were sold off and coffee beans and the trappings to grind and brew them became the sole focus. For variety, she started making her own flavored beans, which was unheard of at the time.

She was on to something – people were buying it, and the word spread. Woodfield mall called asking for her to open a store. Then Northbrook court called. Then Randhurst mall. This was big. For legal purposes, Coffee Bean was too common a name, so the lawyer suggested the prefix it with their own name. Her husband Ed suggested Ed’s Coffee Bean, but the young mom’s middle name was Jean and that rhymed with bean, so Gloria Jean’s Coffee Bean it was. Over the next dozen years, well over a hundred stores opened around the country. Long Groveresident Gloria Kvetko had turned Gloria Jean’s Coffee Bean into the most recognized coffee franchise in America.
In 1993, an offer she couldn’t refuse for the company was put forth, and, somewhat reluctantly, she sold her coffee empire in 1993. The new owners eventually ran into difficulty, but the brand remained strong and positive, and today, under new owners yet again, it’s making a comeback.

The little Long Grove garage that was store #1 was sold as well. The new owner Karen Krahn, renamed it Beans and Leaves. A couple of years ago the store was acquired by Ethel Berger. Ethel has recently started working with the Long Grove Confectionary to create a new coffee shop next to Towner Green, to be called The Long Grove Coffee Company. A new company is moving into the little garage that Ethel vacated and will offer coffee and ice cream. The name Covered Bridge Creamery will now adorn the little garage.

Gloria Jean is happy to share her experiences and did so recently with a group of downtown merchants. Pictured is Gloria Jean with one of Long Grove’s current female entrepreneurs, Joanie Shunia, of Joanie’s Pizza. While Joanie currently doesn’t have any national expansion plans, you never know. Perhaps you should grab a slice now, so you’ll have bragging rights if Joanie’s Pizza ever becomes the household word that Gloria Jean’s Coffee Bean did. 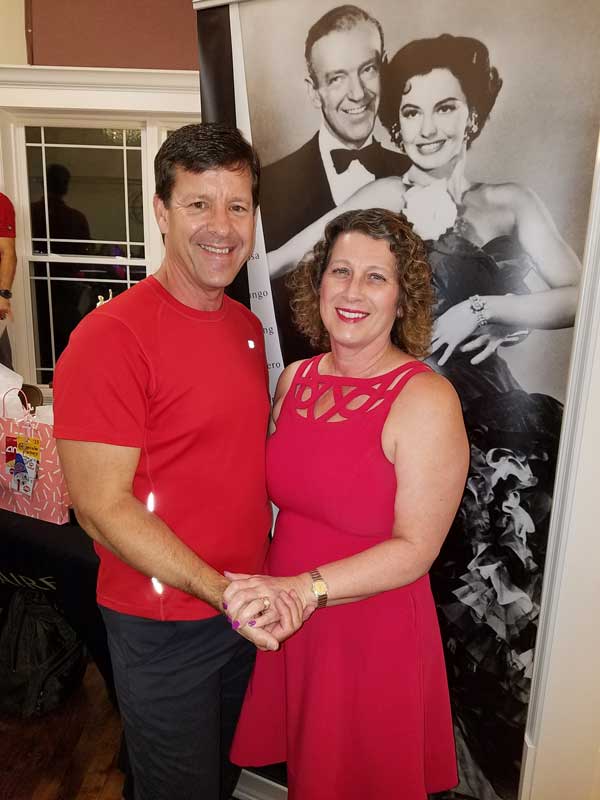 While my husband Aaron and I are no Fred and Ginger, we are adding more joy to the time we have left together by learning how to dance.

If you were down to the last weeks and months of your life, what kinds of stories would you tell? Perhaps you would have regrets, or the need to release a secret held too long. Maybe you would find the strength to make amends, or the will to finally grant compassion to others, or yourself. Kerry Egan is a hospice chaplain and the author of a beautiful and thoughtful book on this topic, called “On Living.” Recently recommended to me by a friend, I sat down after dinner last night to quickly skim through the 200 pages and found myself coming up for air four hours later deeply moved and in need of a tissue or two. This book was not sad. I found it to be an inspiring and sometimes humorous set of stories on how we as humans can find more meaning in our lives now, before we reach the end of our days.

By sharing many of the insights from her work counseling hospice patients, the author reveals what she has learned by listening and simply being present. I loved her chapter on “living in the gray” which dealt with judgement and the importance of kindness (which is not the same as niceness). Another section of the book that was meaningful to me detailed the contrast between toughness and strength, which are often thought of as being the same thing, but in fact are opposites. A favorite quote: “You have to be tough because you’re not strong. Being tough makes you mean. In most of life, you can be weak inside and get through by putting on a tough outer shell. But if you work in hospice, you have to stay soft on the outside. So in order to stand up straight, you have to have a spine of steel. Two ways to go through the world, two ways to deal with the loss that is an inevitable experience in life–with a hard shell or with a rock-solid backbone.”

I am personally taking this last lesson to heart. I have always regretted not knowing how to dance. Six months ago, my husband Aaron and I started taking ballroom dancing lessons at the new Fred Astaire Dance Studio in Long Grove, and we have added one more joyful thing to our lives because of it. As a result of reading “On Living” I am also inspired to bring more peace into my life right now by working harder on forgiveness and compassion. My hope is to die with few regrets and I wish the same for you. 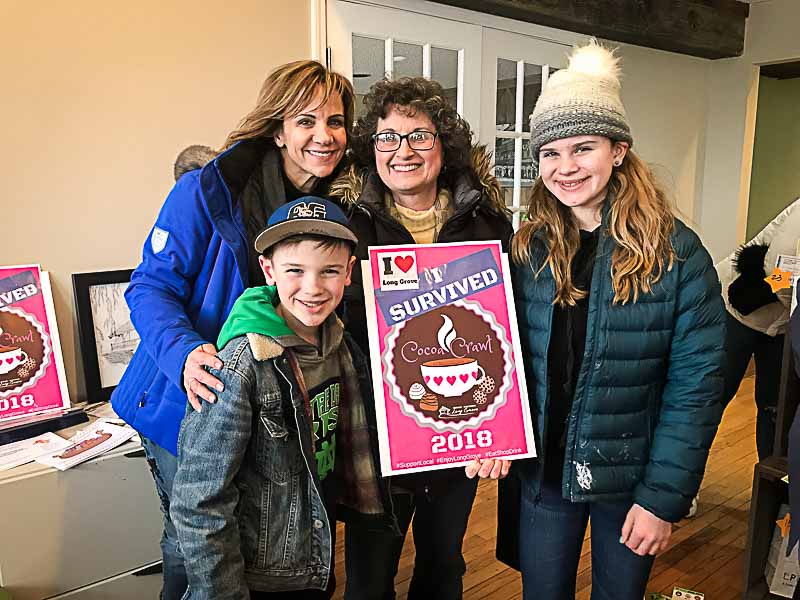 Like most of Long Grove, I’m taking a “snow day” today by staying inside and off the roads so that the snowplows can dig us out before the next predicted wave of snow hits later this evening. And while a herd of deer are obviously having fun cavorting through the snow drifts in my back yard, I’m choosing to stay indoors and enjoying a cup of hot chocolate while blogging and reading. It’s the perfect opportunity to tell you about the Cocoa Crawl.

Held last Saturday, February 3rd, the Cocoa Crawl was a new idea initiated by the Historic Long Grove Downtown Business Association. On a typically slow winter weekend, residents and visitors were encouraged to come to our village crossroads and explore all the unique shops, restaurants and businesses with the enticement of free chocolate flavored samples at each location. Who does not love free chocolate? Apparently no one, because the event was a hit and downtown Long Grove was literally crawling with hundreds of families out to enjoy the treats, snacks and hometown ambiance. My friend Pam and I had a great time catching up with friends and neighbors that we haven’t seen for months as we hibernate our way through the winter season.

Here are just a few of the goodies we enjoyed: Chocolate Macroons at Within Reach, Hot Chocolate Popcorn at Signature Popcorn, Chocolate Balsamic Vinegar at The Olive Tap, Chocolate Pudding cups topped with Baileys Irish Cream at Unwined, and Hot Chocolate Bark at the Long Grove Confectionery.  We would have had more but mercifully (for our diets) some of the locations had run out of samples by the time we got there due to the large number of attendees to this inaugural event. At the end of our afternoon we stopped back to register for the raffle prize drawing, with 20 of the local businesses donating gift baskets or gift certificates to the festivities. It was great to see so many people enjoying our downtown and becoming acquainted with the newly renovated and opened shops. A tip of my snowman shaped cocoa mug to you, downtown merchants, for an inspired idea! 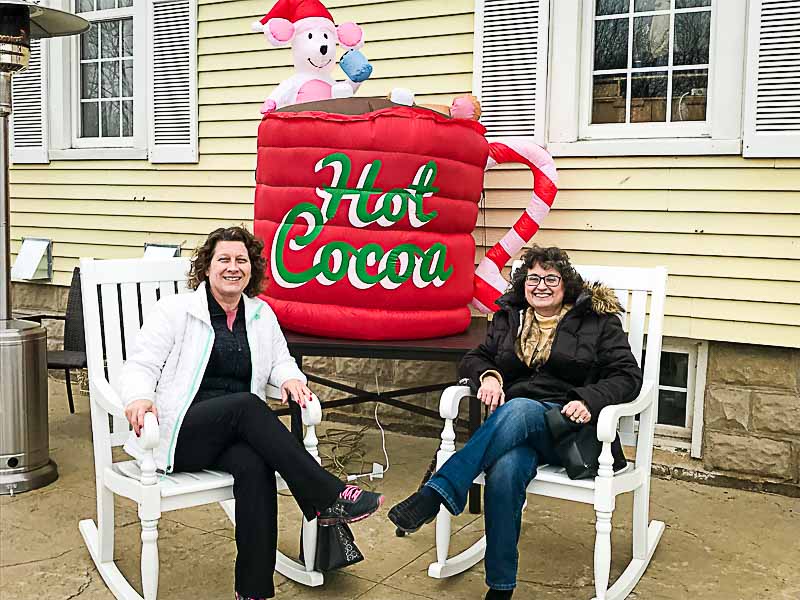 Taking a break from our crawling, Pam and I enjoyed a short rest under the “chocolate hot tub” outside of the Long Grove Coffee Company. 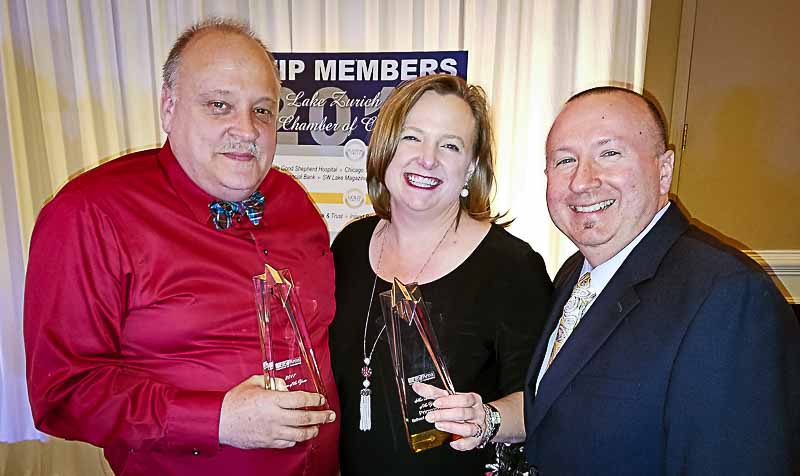 Don’t you just love it on those rare occasions when the stars align and good things happen to truly deserving people? Long Grove was shining bright last night at the Lake Zurich Area Chamber of Commerce’s annual Evening of Excellence event. What a thrill it was to celebrate John Kopecky as he was presented with the Citizen of the Year Award, and to cheer the success of Jenny and Rich Wierzchon of Primrose School as they were recognized as the Best New Business. In addition to awards, the night was filled with friends, good food, dancing, and pride in our community.

It is a generally held opinion in town that John Kopecky is an amazing volunteer who helps out anyone and anywhere he sees a need. It is impossible to list all the wonderful ways in which John has helped our village over the many years he has owned his downtown business, The Country House, and even prior to that growing up in the Long Grove area. Need a dozen or so creative mini golf holes for the Lions putt-putt fundraiser? John will design and build them. Clever marketing ideas and a giant teddy bear to promote the downtown festivals? Done. How about acquiring a historic tractor (or two) and wagon, then tirelessly driving loads upon loads of visitors throughout the historic downtown for Vintage Days, on your birthday? His pleasure. Emergency repairs to brewery equipment? Just call him MacGuyver. Another truck has hit and damaged the covered bridge? John is getting out the ladder and paint bucket as we speak. Need someone to portray “crazy” Jake Eisler or Mrs. Bigfoot in the annual Ghostwalk? Say no more. I could go on and on but I think you get the picture of just how indispensable John is to the fiber of our village. And beloved. Several of us from the community were moved to nominated John for this award and it is so richly deserved. Congratulations!

Jenny and Rich Wierzchon have parlayed their passion for early childhood education into the creation and establishment of the Primrose School of Long Grove. I was there for the ground breaking in October of 2015, and have been delighted to watch this new business grow into a real asset for our community. See my earlier post here about the Primrose Promise. Here’s to many more years of success!

While it is exciting to be recognized with an award, the real prize for our community is having John, Jenny and Rich giving every day in their own winning ways to make Long Grove such a great place to live. We salute you! Check out a short clip of the awards presentations below: 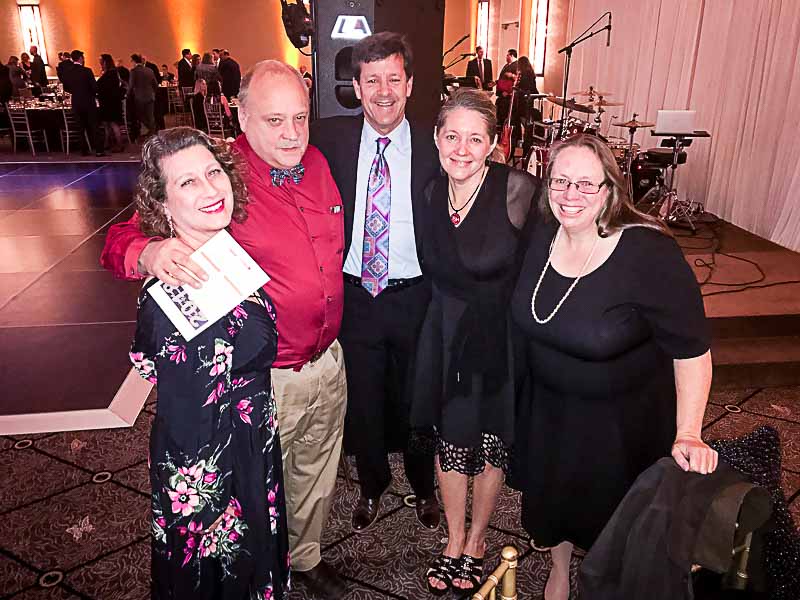