I feel it is important in my role as Village President, and also as a member of my community, to do what I can to recognize, promote, and shop at our locally owned small businesses. This past weekend, I had the opportunity to put those words into action in a couple of different ways.

The Lake Zurich Area Chamber of Commerce sponsors an annual “Evening of Excellence” awards dinner, in which individuals and businesses are honored for their successes and contributions to the community. I sponsored a table of Long Grove business owners to attend, especially to cheer for our home town nominees: Primrose School of Long Grove for the New Business of the Year award and owner John Kopecky of The Country House of Long Grove for Citizen of the Year. Even though our Long Grove honorees were not chosen as the overall winners this year, we all enjoyed celebrating many other excellent small businesses in the area. In fact, our group capped off the evening by sampling the food and beverages at Consume of Lake Zurich, the newly-minted best new business. When we mutually support one another, everyone wins!

This event also motivated me to do a little bit of last minute shopping in downtown Long Grove on Saturday afternoon. As I was mentally reviewing what I planned to wear that evening, I realized I did not have an appropriate evening purse to match my gown and shoes. Lynne Jankovec of Olivia’s Past was very helpful with stylish tips but did not have exactly what I needed on hand (however I did end up with a cute new blouse!) and suggested I check out fellow merchant Cleo Jewelry and Accessories. And there I found a beautiful cocktail purse that perfectly coordinated and was reasonably priced! That evening, I received several compliments on my new purse and I made sure to spread the word about the great local store where I found it.

We all have the ability to help our home town economies rebuild and thrive. Think outside of the (big) box and endless online options available. Sometimes, what you really need is right in your own backyard. 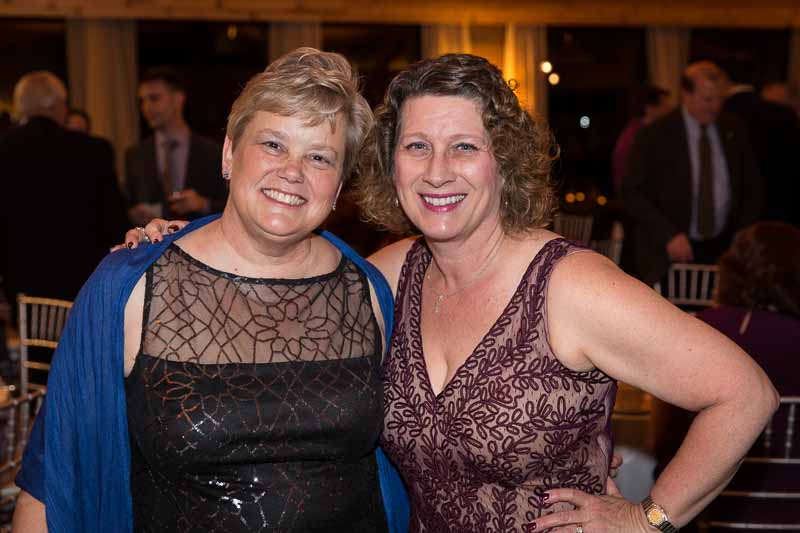 Congratulating my friend Lisa Warren of Kildeer (on the left), winner of the Citizen of the Year award. Lisa and I go way back–volunteering together on the board of the Neighbors and Newcomers Club of Long Grove & Kildeer, almost 20 years ago. Way to go Lisa!

I can’t think of a better way to carry out the spirit of Inauguration Day today than by meeting with (and maybe inspiring) some potential future leaders of our country. It was my pleasure to welcome two 5th grade Cub Scout dens from our local elementary schools to Village Hall this afternoon, and work with them towards achieving their “Build A Better Word” requirement. The boys had great questions for me about my job as Village President, and also about some of the important current issues facing Long Grove. We discussed the Rt. 53 extension, video gaming machines in the downtown, revitalization of our historic business district, and the recent extension of our municipal water system.

To cap off the experience, we had a mini Village Board meeting in which the students got to role play as Village Board members, and sit at the actual table and discuss and debate an actual issue from Tuesday’s upcoming agenda. The topic: Report of the Village Engineer on the options for renovation or replacement of our iconic Covered Bridge. I got to have fun impersonating Mike Shrake, our Village Engineer, and explained the various options of restoring, rebuilding, or expanding our current one lane bridge to two lanes. Opinions varied with some favoring history, some concerned over safety, and others mindful of the fiscal implications. Strikingly similar to our real-life Trustees, I must say! The kids did come to a consensus that our Village Engineers should continue their studies of the variables.

Meeting and interacting with our youngest residents has always been one of the greatest joys of this job for me. The scouts asked me if I had been active in government as a student, and in fact I was a member of Student Council in high school. I learned that many of these boys are also involved in the student government at their elementary schools and have already started gaining leadership skills that will be useful throughout their entire lives. It makes me hopeful for the generations to come, and for all those inaugurations yet to be!

Role playing a mini Village Board meeting and debating a real issue from the upcoming agenda. 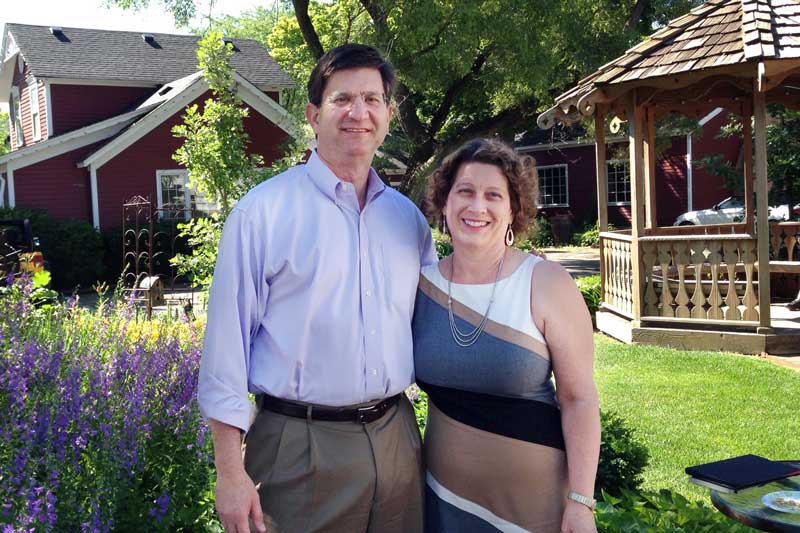 10th District Congressman Brad Schneider is one of many newly elected officials taking office this month. This past summer I had the honor of meeting with Brad when he paid a visit to Long Grove to talk to me about our local concerns.

This week our country will be celebrating an inauguration, one in which I know many Americans have mixed emotions. I have no doubt that we will have a hard time escaping the hoopla in all aspects of the media and our personal social networks. What I am keeping forefront in my mind is the fact that we as citizens have traditionally placed a high value on the peaceful transition of power in our democracy. Many national, state, and county representatives have taken the oath this month and are already collaborating to make progress in various ways for the betterment of all. Take a deep breath—and let’s continue to work together with hopes for a brighter tomorrow.

In the words of a famous American, who is honored today with a national holiday in his name:

The iconic covered bridge in historic downtown Long Grove is a symbol of our village around the globe.

At the beginning of this year, The Daily Herald asked Lake County mayors: What are you most looking forward to your town accomplishing/doing/changing in 2017? My response highlighted several infrastructure improvements slated to begin this year, such as Old McHenry Road resurfacing and streetscaping in the downtown crossroads. I ended with, “And most significantly, I look forward to input and direction from our residents, through open houses and public hearing participation, on the course of action that our Village Board should take regarding the reconstruction of our iconic covered bridge.” Well, ask and you shall receive!

The Historic Downtown Long Grove Association (our local “chamber of commerce”), in cooperation with members of the Long Grove Community Church, Long Grove Montessori School, Long Grove Historical Society, and concerned area residents have launched an initiative to “Save the Bridge.” As of yesterday, a petition on change.org (click here to view) was started, and has gathered at the time of this writing over 1000 signatures. It has been overwhelming to see the beautiful memories and tributes flooding in from Long Grove residents, and those all over the country who grew up in Long Grove or remember visits to our town in years past. Our historic, one-lane covered bridge is even receiving love from such far-flung places as Norway, Japan, Ireland and Vatican City.

Why all the fuss? The covered bridge, which has iron truss supports dating back to 1906, is aging and needs replacement or a major rebuild. (click here for more history on the bridge) After years of study by prior and current Village Boards, the Trustees will be making a decision this year on whether to replace the bridge exactly as it currently looks, with a one-lane configuration, or to accept federal funding in exchange for building to federal standards, which require a two-lane traffic flow. It will be less costly to our village finances to accept the federal dollars, however the Village will still be responsible for 20% of the cost of this option. If the bridge is simply rebuilt to the current appearance it will be entirely on the Village’s dime. The Village Board has foreseen this expense coming for many years, and has earmarked funds in a capital budget for the bridge. (Click here for a recent newspaper article with more details)

The push and pull comes down to fiscal vs. tradition vs. safety. Many Trustees are supportive of the demolition and reconstruction to two-lane in exchange for saving money. Others want to keep the quaint appeal and favor the traffic calming effects of the one-lane in a heavy pedestrian area. I have stated previously that I have a soft spot for our charming covered bridge. I like it just the way it is and see no need to expand it to two lanes. I am firmly in agreement with those signing the online petitions–I love our covered bridge.

The Trustees have directed the village engineers to start the process for the federal funding option, which is a multi-year effort. Studies have been made, and are ongoing this Spring. In May, the Village is planning a public open house to further gather community input. A definite decision will be made after that time. Or maybe sooner if the public outcry is loud enough? Stay tuned to this blog for further updates.

January 11, 2017 UPDATE:  Click here for an article published today in The Daily Herald

January 13, 2017 UPDATE: Click here for an article published today by The Chicago Tribune

January 19, 2017 UPDATE: Click here for another article published by The Daily Herald